In the past few weeks, there were rumors surrounding Google My Business suspended listings. Many of you believed that the listing were suspended  due to a Short Names bug. Google did not clear the issue. Rather, it said that your suspended listings have been restored. Situation and the tweets on Twitter said otherwise.

Today afternoon, @candouragency tweeted a message from Google My Business. It said that there was, in fact, some issues with short name feature. The team will resolve it in the next 48 hours. Here is a screenshot of the same. 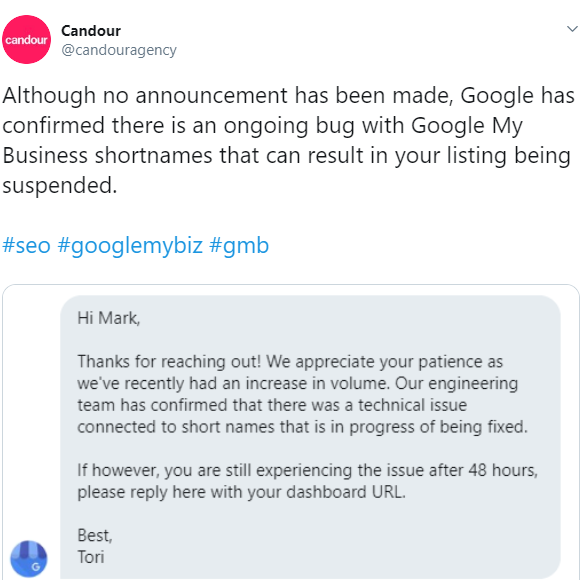 Not long ago, Google had told Search Engine Land that the two were not directly related. It added that your listings were not suspended. But, was not visible to you due to some technical issues. Now with this message from Google, suspicions are that maybe the two were related.