A lot of people are with the opinion that it is the release of Shortname feature that is causing Google My Business suspension. A lot of people tweeted the same. Here are a couple of screenshots. 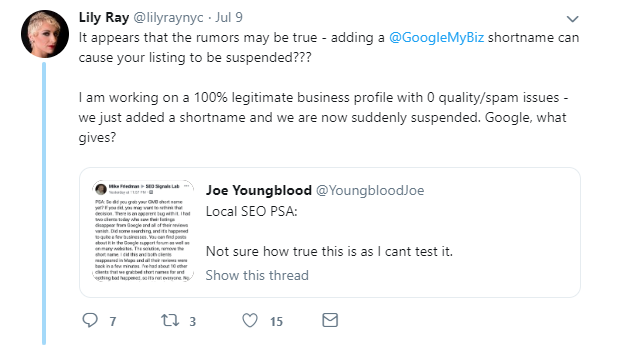 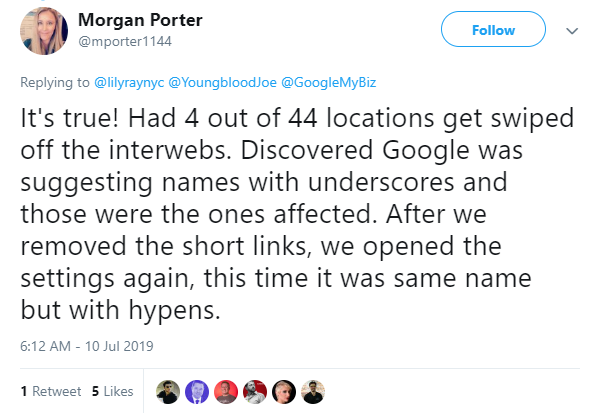 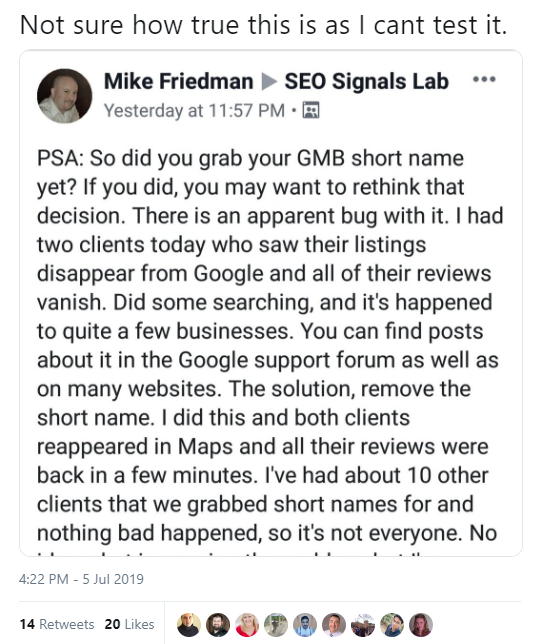 However, the suspension issue started around June 12th and the Shortname feature was released around June 20th. So, there might be a possibility that the two are not related. Moreover, Google confirmed on 24th June that Google My Business Team is suffering from a backlog. 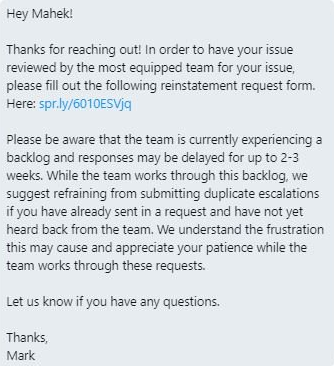 People out of fear are removing their shortnames. It needs to be noted that Google has made no official announcement regarding the same.

Sakshi Singh is a content marketing specialist at Justgoweb Digital. She has a background in content marketing, storytelling and journalism. Sakshi's editorial focus blends digital marketing and creative strategy with topics like SEO, SEM, and display advertising.

Justgoweb Digital
4.5
Based on 39 reviews

Dileep Kumar
02:51 26 Apr 20
My travel business has flourished more than ever in the last decade after being associated with them. Without Digital... Marketing services from JustGoWeb, we won’t have gained such recognition or clients. Hats off to their team. More power to such an amazing team who knows exactly how to put a smile on their clients.read more

Gaurav Anand
12:36 25 Apr 20
We started our interior designing business back in 2017 and that’s when it clicked that we should take a notch up by... investing in digital marketing. So, our friend recommended outsourcing a digital marketing agency. We went ahead with Aditya and his talented team. JustGoWeb offered brilliant services and made my website SEO-friendly, took care of the google listing and social media marketing. Good job, guys!read more

lata gupta
12:29 25 Apr 20
I wanted my website to be re-made. And they heard my ideas and did amazing project management. Aditya and his team are... of young, innovative, and like-minded individuals that are not afraid of any hurdles that may come. They’re always on top of their game. Along with this, the team also gave many learnings to become a better marketer, which one usually doesn’t get at many agencies.read more

Prachi Chauhan
15:46 24 Apr 20
It's a actual place to understood digital marketing and enhance skills. All in all it's actualy extremely Awesome.

Vibha Murthy
06:32 09 Apr 20
The worst company. They don't pay their interns after the first month. They claim to not know their own employees. Be... careful before joining this dreadful company. You will be in for a roller coaster with the person. They will block you and refuse to give you your stipend. Please do not hire or join this company.read more

Aman Garg
15:31 26 Mar 20
"This agency has helped in increasing the awareness of our brand on social media. No matter, they just add all their... marketing efforts and value to your brand. I’m thankful to Aditya and the team for bringing my idea and turning it into reality. JustGoWeb is an amazing strategic partner. "read more

Pooja Pathak
05:34 16 Mar 20
I have been using their services for two years now. Hands down to their professional SEO strategies. Aditya and his... team are always on the way to look for creative ideas, for any niche of business. They are well-versed with Google Adwords. To anybody who is looking for digital marketers, services should prefer them once.read more

V Singh
19:14 13 Mar 20
His owner is very rude.he will design your website but keep loop holes so that he regularly can get some money for... updating it. He did search engine optimisation seo for us but as we were not getting good results so we told him to return the advance so he threatened to post negative comments on social media. I will not even send my enemies to this person.read more

Aqseer Sodhi
13:39 13 Dec 19
Aditya and team know what they're doing; and helped my website do very well in just three months. Highly recommended.

SAKSHI SINGH
16:42 19 Oct 19
I have had one of the best learning experience while working in the organisation. The environment is great and the team... is effecient. It's a great place to start your career. Team members are extremely supportive and help you perform your duties to the best of your ability.read more

Gita Sarker
02:06 01 May 19
My start-up has boomed after working with Justgoweb Digital. This agency really knows what they’re doing. They... deliver what they promise that too time. Great results and very professional employees. Kudos to the agency!read more
Next Reviews