Another ranking update seems to have started late at night on 4th September. There was a constant buzz in the SEO community. Webmasters are claiming they have seen some massive hits and hike in their traffic. The buzz seems to be growing since yesterday. It might be too soon to say if the changes are due to some update or something else. Google hasn’t confirmed the update. So it might not be something big like the Diversity Update or June 2019 Core Update.

Generally, when there is some massive rollout Google informs you about the same. Google, on average, performs thousands of updates each year. Most of them are minor tweaks. Google primarily has two intentions. First, to provide you with the best answers satisfying your query. Second, to place content-rich sites up on the search results. If this is not done you might end up seeing all service and product pages at the top of SERP. Which means less investment in Google Ads. If you closely look at the site affected by ranking updates. More of it has to do with thin content than links. 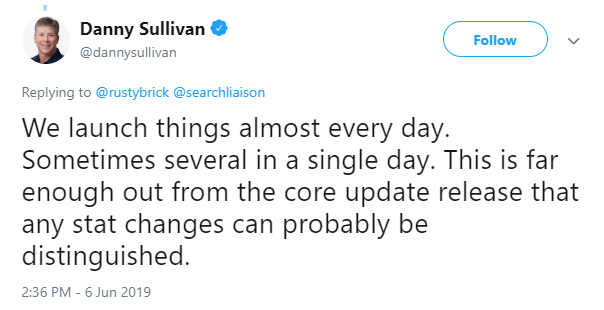 Whether or not your site has been affected by this update or previous updates. An ideal thing to do would be routine updates to your site as well as the content. And, stay updated with what is Google up to and what is happening in the SEO community.