Googles’ New Search Update- Not more than two results from the same domain.

Google took to Twitter to announce that it has updated its search results to show a more diverse set of results. Usually, when we search for a query there are possibilities that 4-5 results in the top searches can came from the same domain. Now, Google intends to show not more than two results from the same domain in the top searches. The search results update started rolling out three days back but went fully live yesterday. 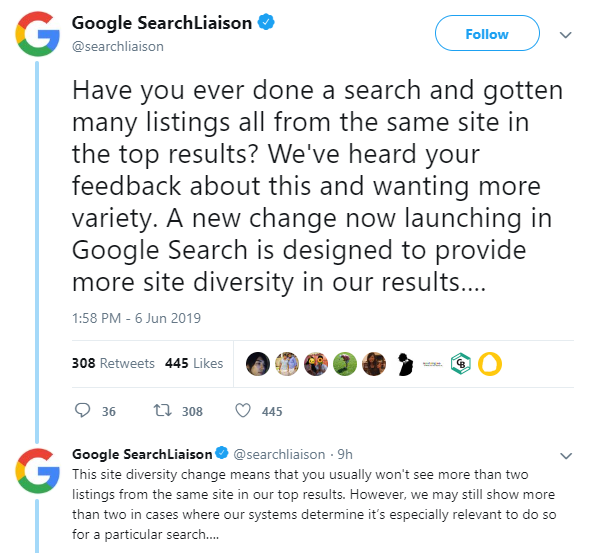 Google added it does reserve the right to show more than two results from the same domain if it thinks it’s appropriate. Google tweeted, “However, we may still show more than two in cases where our systems determine it’s especially relevant to do so for a particular search”.

It also added that it will consider blogs or other sub-domains as a part of the main domain and will count it in the two results. 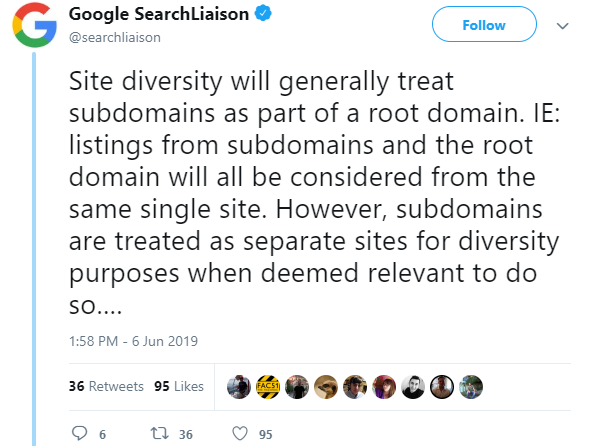 Google said that this update is not a part of the June 2019 core update. When asked will the changes of this update be “noticeable” and how will it affect the analytics or search data console, it said, 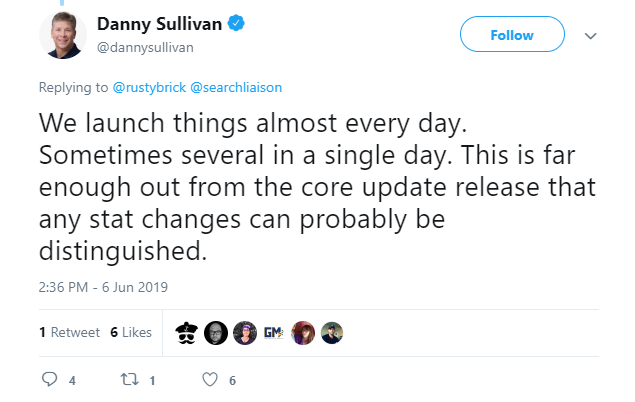 Google also said that this update will only impact the core results and not the additional features like the video snippets, image carousels or vertical search features. When given an example of search results showing too many results from Yelp.com, it said that  “It’s not going to be perfect. As with any of our releases, we’ll keep working to improve it,” 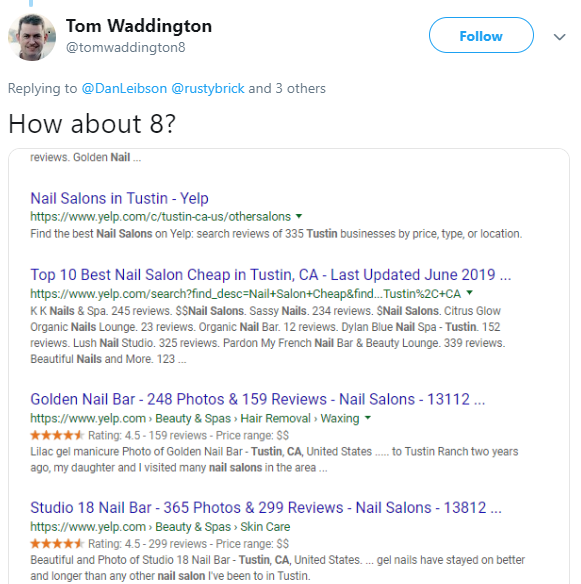 Over the years Google has updated its search many times. In 2010 it launched a change in the algorithm that made it easier for users to find a large number of results from a single site, in 2012 it changed it again for domain diversity. However, unlike this time, we didn’t have confirmation from Google for the changes.

This update can matter for those who want to dominate search results for a particular query. If you have two or more pages that ranked in the top searches for a particular query, you might want to track and see how this update works for your site. Furthermore, with June 2019 core update not done rolling out yet, and now being snowballed with this search update, how will we know which one impacted us?