There has been a lot of chatter on Twitter and the WebmasterWorld that continues. Many people are tweeting about a possible Google Algorithm Update. The chatter started around July 11th and 12th and has since spiked up. Google has not made any official announcement on the matter. But yesterday, yet again, people saw some fluctuations in the rankings. Here are a couple of tweets and John’s reaction to it. 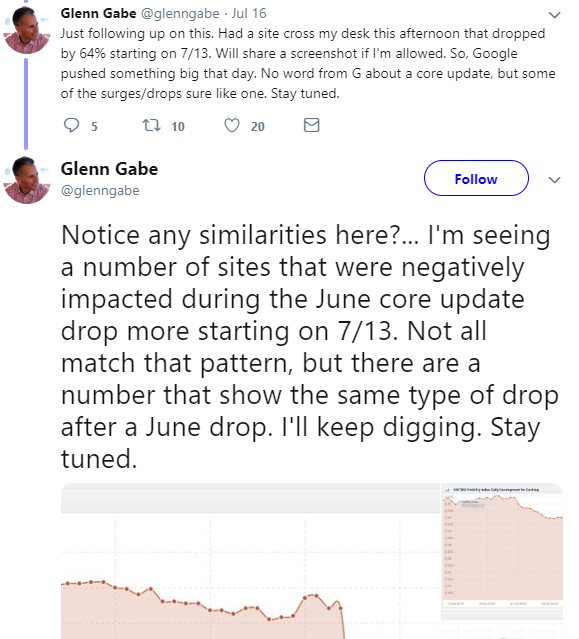 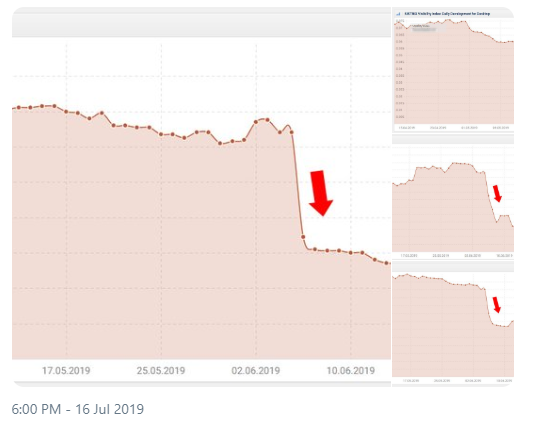 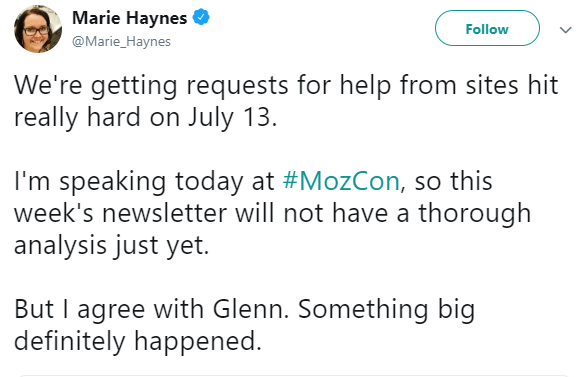 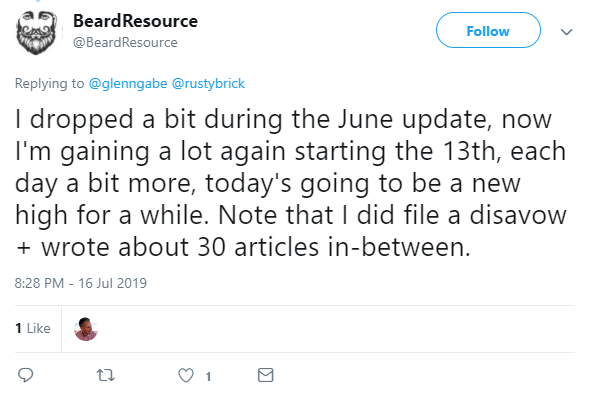 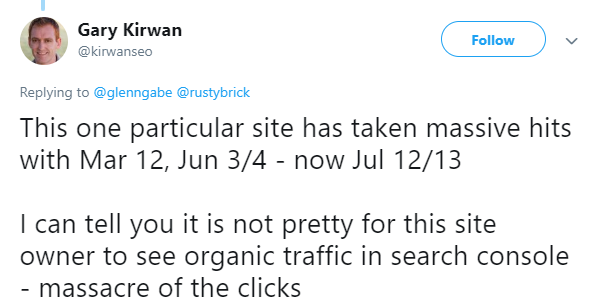 Other than John’s “Sorry” there is no reaction from Google on the same. We can only assume that this is some small update to June 2019 Core Update. Or, some other small update as Google has not said anything in the matter yet.