Google said they might send notifications to you regarding the same via Google Search Console. Well, they are doing it now. Here is a couple of screenshots from Twitter. 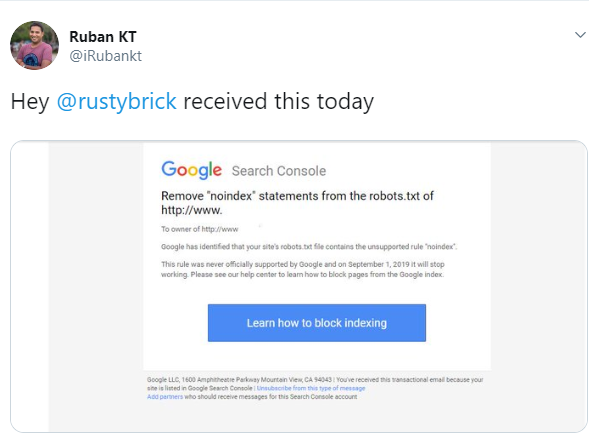 The notice reads, ‘Remove “no-index” statements from the robots.txt of http:’ Some people have received many notices. Maybe Google was suffering from an alert delay.