Yesterday we had reported about a possible Google indexing issue. Danny Sullivan had tweeted, yesterday evening, on the matter. He confirmed there is no issue with Google indexing. Our site also is being indexed properly. 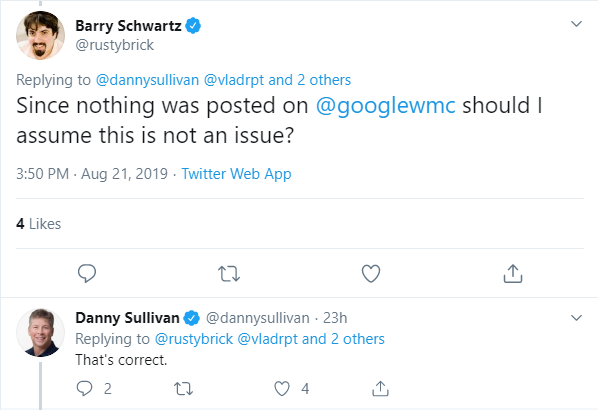 However, a report from Search Engine Roundtable says that some news sites are still facing delays in indexing. Well, with Danny’s tweet we can only assume that there is no real issue with indexing. Also if an issue does exist, it seems to be affecting a very niche group. So if you have a new article published and it is now showing up on Google, there might be a different explanation for it.

Google had earlier written an explanation for indexing issues in its Webmaster blog. Earlier this month, Google had said that when you enter a query in the search engine. It only reaches your nearest data centers supporting the Google Search product. From this your Search Engine Results Page (SERP) is generated. So when there are any modifications done to the composition of the index. The modifications needs to be updated in all of Google’s different data centers. These modifications include new pages being added or some old ones being removed. To keep the index unified across all those data centers Google deploys updates by starting in one data center and expanding it until all relevant data centers are updated. For some sensitive pieces of infrastructure, they may also extend a roll-out over several days.

A similar roll-out was taking place on April 5th when the parts of the deployment system broke and a small number of data was “dropped”from the index. This had resulted in the indexing issue.