Google might be having issues with indexing new content. Danny Sullivan from Google confirmed the same this afternoon. 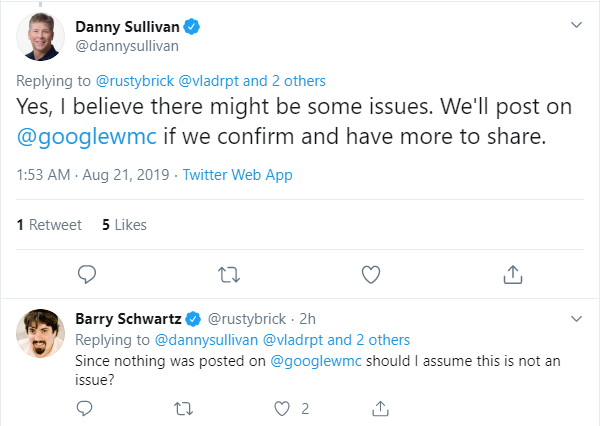 Google had a similar issue earlier this month. Google might be facing similar issues again. The issue seems to be resurfacing since earlier today. Some news sites seems to be affected by this. Besides Danny’s tweet, there is nothing from Google on the matter. We guess this article will act as a test whether an issue is impacting us or not.

Google has had issues with indexing new content many times in the past. Google had fixed a big de-indexing bug in April 2019. Google was dropping pages out of its index. The issue was impacting a limited number of publishers. Something similar seems to be happening. As of now, the issue does not seem big. Google is yet to confirm anything officially if an issue even exists.